A small nation, Irthos lies nestled in a deep valley that offers the only real passage through the Seithr Mountains - certainly the only passage through which large group can move. At the center is a vast lake fed by the mountains and a small river that feeds into the Great Ouhm River. Hemmed in by Rorn on one side and the expansionist nation of Rhat'matanis on the other, Irthos seems destined to be wiped out or annexed by its powerful neighbors. Yet through a mixture of guile, diplomacy, and because their presence prevents Rorn from butting heads with a far greater foreign power they have endured.

Irthos is a multi racial nation, with the most prevalent race being Half-Elves, with Half-Orcs also making up a significant part of the populace. Most of Irthos's populace were refugees or orphans, often both, or are descended from them. The peace loving and well protected nation is a popular haven from prejudice, and violence. But the nature of its position means that it can no longer extend a welcome to all who would want it - the valley can only support so many inhabitants comfortably.

Irthos is equally accepting of unions between races and indeed has a very active adoption agency who place orphan children with couples who cannot conceive together, or who have difficulty doing so. All children in Irthos undergo compulsory schooling, and many go on to one of the Cities three great Universities. Many other nations have made a practice of delivering up undesirable half breeds to Irthos, though the number of half elves received this way has declined dramatically in recent years.

Irthos survives only by knowing more about what is happening in the world than anyone else. Its mercenary armies are nearly always outnumbered yet they always seem to have the best strategy, fight on the best terrain, or know just where to hit an enemy to turn the tide. However fighting is often a less desired outcome. It is far easier to leak information about military movements, supply lines, or convoys to raiders or opposing nations to disrupt any actions that might threaten them.

Irthos is a hub of information trading, spying, and exploration. Most citizens receive at least some training in the art of stealth, ciphers, linguistics, mapping, reconnaissance, diplomacy, and other specialized techniques. Beyond mundane methods of gathering information, the nation employs a large number of diviners and oracles. Their predictions are plotted against known information in order to predict the best course of action. It is not all spying and intrigue however, many citizens go on to become explorers that seek out hidden places or create/update regional maps. They might come back with powerful magical items or highly sought after treasures that can be used to bargain with. 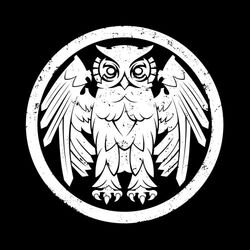 Irthos is particularly proud of its vast and proactive diplomatic corps. The Heralds. There are Heralds placed in almost every nation, and they are constantly negotiating, or facilitating negotiations between other nations, some nations even employ The Heralds instead of using their own ambassadors.

The Heralds are intimately entwined with Irthos's intelligence agency The Owlery with many Heralds - especially of junior ranks - being Owls themselves. The Owlery does little killing save to defend itself against other more aggressive agencies, they are focused on gathering information and not only that which directly relates to their home. The Owlery frequently employs mercenaries and heroes preferring to risk their gold than their lives where possible.

East Wall Irthos - A sweet wine; the preponderance of afternoon sun ripens the berries, adding both to the berry and sweet notes. [1]

Irthos does not maintain a military, but they are a wealthy nation and employ a standing force of mercenaries to secure their borders. At any given time approximately half of these forces are supplied by Rorn, neighbor and staunchest ally of Irthos. Rornian citizens undergo a compulsory military service and traditionally spend the first two years of it in Irthos learning their trade before heading back to finish their service in more active arenas.

The rest of Irthos's mercenaries are private companies, and much of Irthos's half-orc population find their way into these forces. The most famous of these forces are The Broken Eagles, formerly The Eagles a Rornian Company dishonorably discharged after traitors in their ranks opened the gates of Kathir. Allowing the Harran to conquer the City. Finding their General dead, Captain Brander rallied the remaining Eagles and lead a heroic fighting retreat for the majority of the cities populace. Since their dismissal - over a decade ago - The Broken Eagles have become infamous for their daring escapades, unconventional tactics, and skill at arms, defeating foes of many times their number upon dozens of occasions.

The city of Irthos straddles the river Tepis as it exits the lake at the top of two hills. Its two halves are connected by two massive stone bridges that span the river. The city itself is a remnant of an older, unnamed empire that was here long before the current inhabitants arrived. The former occupants remain unidentified despite numerous efforts, and the Universities are constantly vying to be the first to uncover the secret of the cities origin.

Of course now the city has been expanded with an eclectic array of buildings having been constructed either on the lake itself - though the spring floods make such structures extremely problematic - or placed precariously upon the cliffs which border the valley. Some buildings are even cut into the cliffsides.

The Ones that Came Before left very little behind to identify them. No written documents, carvings, murals, or other clues to their identity remain. Two things are known though. They were precise architects. Each of their buildings is mathematically precise in its dimensions and always symmetrical. They always built with common shapes like squares, rectangles, octagons, or pentagrams. The other thing known about them is that they loved hiding things. Nearly every building has multiple hidden tunnels, cubby holes, trap doors, crawl spaces, or other means of moving about unseen or seeing/hearing something without being noticed.

Every now and then a new passage is discovered linking rooms or buildings. Some have started making maps of the publicly known passages and building shapes, claiming there is some greater pattern to the overall city layout. Not knowing such a basic facet of their own capital is sometimes maddening, and theories abound ranging from a hive of dopplegangers, to exiled outsiders.

The government is made up of a council of prominent citizens - primarily former Heralds and Owls. These citizens are elected based on their skillful handling of diplomatic discussions, getting a critical message through despite great difficulties, or other past victories. They must be level-headed, logical, and critical thinkers in order to pass the scrutiny of their fellow citizens and win their approval. The council is responsible for delegating functions of the nation and managing the aggregation of information as it comes in. Irthos is a democracy, but only citizens over the age of thirty may vote, as the Council have been wary of handing the vote to the impressionable youth.

Only a few deities are revered in the pantheon of Irthos: Quaren, the Herald, goddess of diplomacy and commerce; Pascal, the Learned One, god of learning of all sorts and particularly architecture, mathematics, and medicine; and Tessel, the Quiet Hand, god of spies, secrets, and stealth. Residents of Irthos have knowledge of other region's beliefs, and the constant influx of travelers on the river itself provides even more contact with strange customs. The half-elves of Irthos do not lean towards law or chaos, seeing limitations in both areas. Their beliefs and deities reflect this outlook by manifesting as neutral aspects.

Worshiped by diplomats, soldiers, and merchants. Quaren seeks to bring strangers together, forge them into allies, and goad them on to perform great deeds. More than a few adventuring parties eventually convert to her beliefs. Soldiers often pray to her that their alliances with other nations won't falter and require them to march against a former friend.

God of Logic Pascal is revered by educated members of the community. He is said to know all that has ever been written down. Engineers, Alchemists, and Craftsmen of all types write prayers to him while putting the final touches to their creations.

God of Spies. His worshipers do what they must to find the knowledge they seek. Whether his worshiper is a courtesan whispering influencing words into the ear of a foreign lover, a spy slipping over a border with a stolen bundle of scrolls, or an assassin silently slitting the throat of a warlord, his aspect watches them all. He is the patron deity of The Owlery, and has been softened from a darker aspect over the last few decades - largely because of attitudes within The Owlery.

Retrieved from "https://livingpf.fandom.com/wiki/Irthos_(nation)?oldid=23091"
Community content is available under CC-BY-SA unless otherwise noted.