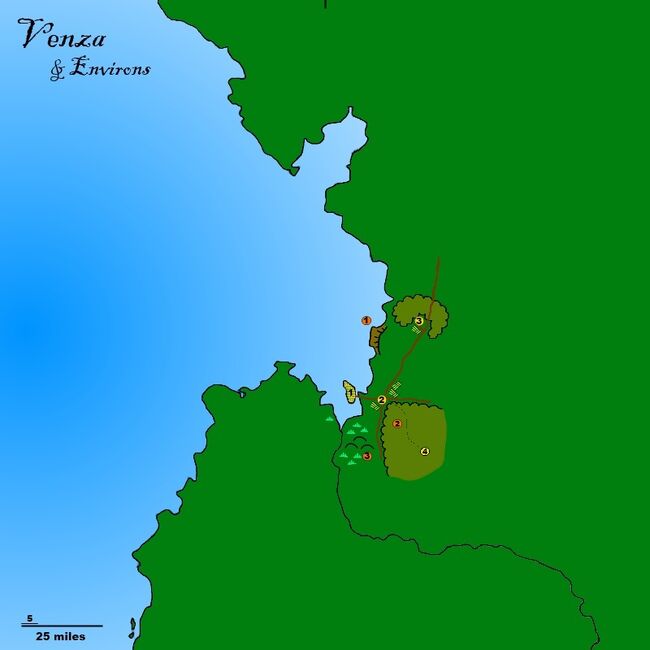 Approximately 200 miles to the northwest a headland juts out from the mainland and ships are warned off the dangerous, rocky seas by the lighthouse on Roccino Isle.

Elluemara - druidic college located in a grove within the thickly forested hills some 50 miles or so away from Venza (direction unspecified).

Retrieved from "https://livingpf.fandom.com/wiki/Venzan_Environs_and_Territories?oldid=40473"
Community content is available under CC-BY-SA unless otherwise noted.